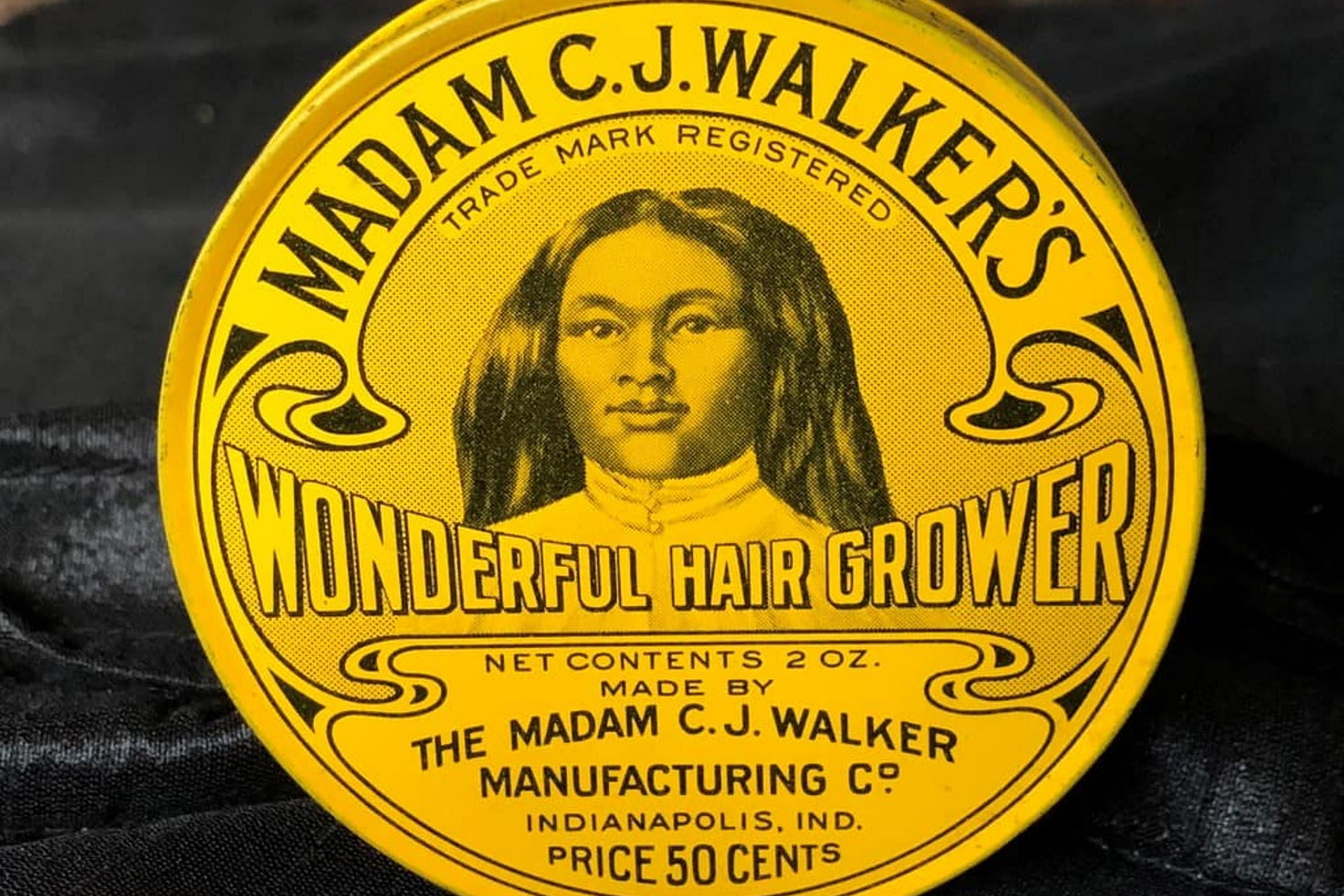 Get Inspired by “Self Made,” a Dramatization of the Life of Madam C.J. Walker

Madam C.J. Walker stopped at nothing to build a pioneering beauty company from scratch — and leave the world better than she found it.

"Hair is beauty… Hair is power,” says Octavia Spencer in her role as the inimitable Madam C.J. Walker in Netflix's limited series "Self Made.” The show is inspired by “On Her Own Ground,” a biography written by Walker’s great-great granddaughter, A’Lelia Bundles. Here’s a quick intro to help you get inspired by the story of how a powerful woman with a big vision overcame every obstacle to build her beauty empire.

Before she became Madam C.J. Walker, the titular character of “Self Made” was born Sarah Breedlove in Louisiana in 1867, the first of her six siblings not born into enslavement. She was married to her first husband and became a mother in her teens, but it wasn’t until she met her second husband, Charles Joseph Walker, (played by Blair Underwood in the series) that she took the name Madam C.J. Walker. After over two decades working as a washerwoman, she started to realize that bending over a laundry bucket was only going to get harder as she got older, and she started considering how she would continue to care for her family. That’s when her journey to hair began.

In real life, Walker struggled with hair loss due to a scalp disorder. In the series, she solves her hair woes with a visit to entrepreneur Addie Monroe, whose hair regrowth product is nothing short of miraculous. But when Walker wants to become a saleswoman to share her incredible results with other women, the fairer-skinned Monroe rejects — and insults — Walker on the basis of her dark skin.

Although it’s clear that Netflix scripted that moment with Monroe to address the pain of colorism, historians have taken issue with that and other moments of creative license in the limited series. The Addie Monroe character is based on the real-life Annie Malone, whose Wonderful Hair Grower Walker sold door to door starting in 1904 as her first hair industry job. Malone was something of a mentor to the real Walker, even though Netflix turned the fictionalized Monroe character into a villain and competitor.

The fictionalized Walker may have been filled with spite and fueled by revenge, but more than anything else, the real Walker wanted to help other Black women just like her have healthy, thriving hair. She cooked up her own recipe for Wonderful Hair Grower formula in her kitchen, and the legend of Madam C.J. Walker was born.

At first, Walker trained salespeople to go door to door with her products. She called them beauty culturalists and relied on a highly personal approach to encourage Black women to share openly about their hair. Her haircare system included Wonderful Hair Grower, Glossine, Vegetable Shampoo, and iron comb treatments. Eventually Walker opened her first official factory, and the business expanded to support mail orders. At its peak, the Madame C.J. Walker Company employed over 3,000 people, most of whom were Black women. Business boomed, and Walker profited.

Another historical inaccuracy comes up when Walker’s wealth is mentioned. While she is often referred to as the first Black American or sometimes the first Black woman to become a self-made millionaire, that’s probably untrue. Many successful Black entrepreneurs before her kept their fortunes a secret in order to avoid unwanted attention from racist white people. In the same vein, Black people were often excluded from white spheres of business. But the fact that white business owners ignored Black women’s haircare needs created the business opportunity for Walker to step into the spotlight and seize her moment as an entrepreneur.

Whether or not she was technically the first self-made millionaire, Madam C.J. Walker was a hugely influential entrepreneur not just in the beauty world, but in the world at large. She went down in history as a philanthropist and supporter of the arts, invested in uplifting and supporting Black people to thrive in every community she could reach. Watch the four-episode Netflix series for the full scoop!

Elevate your brand with the first and only modern platform purpose-built for appointment-based, self-care businesses like yours. Get a demo now to learn more