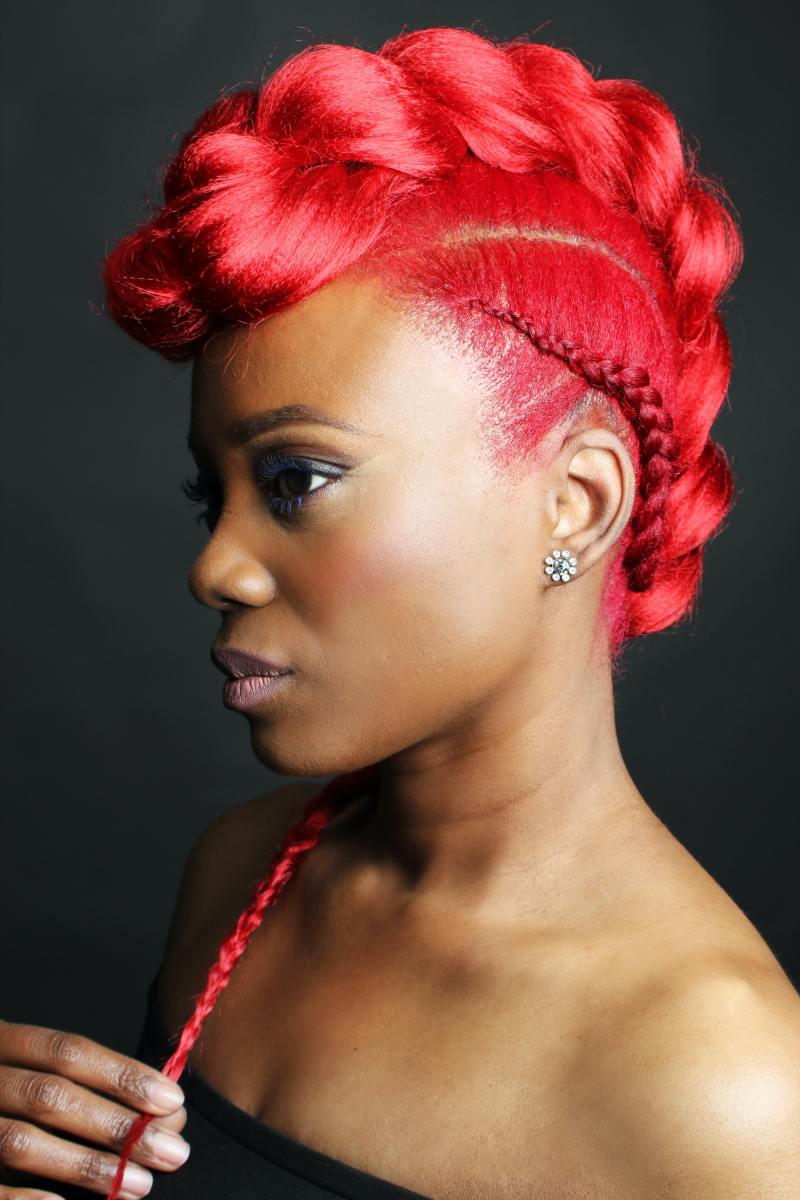 Am I honoring this culture, or simply imitating it?

We’ve all heard it in the media. The endless battle of cultural “appropriation” versus “appreciation.” It topped headlines the day Adele wore Bantu knots as a tribute to London’s Notting Hill Carnival. Twitter exploded when Kim Kardashian West announced her new brand of shapewear, Kimono. In 2017, a UN committee met in Geneva to discuss banning appropriation of Indigenous cultures after Urban Outfitters launched a line of Navajo-named products. Lately, the term seems to fly haphazardly when facing debates on culture-inspired fashion, jewelry, words, hairstyles, and makeup. Hoop earrings included.

So, what exactly draws the line between “appropriation” and “appreciation?" First, it’s important to understand the definition of each. Per the Oxford English Dictionary, cultural appropriation is “the unacknowledged or inappropriate adoption of the customs, practices, ideas, etc. of one people or society by members of another and typically more dominant people or society.” Any way you slice it, the definition is vague in too many areas to judge the legality. Where is the line drawn on appropriate versus inappropriate? What does “unacknowledged” mean?

To help take it a step further, Fordham University Law professor Susan Scafidi told Jezebel in a 2012 article, “Cultural appropriation is most likely to be harmful when the source community is a minority group that has been oppressed or exploited in other ways or when the object of appropriation is particularly sensitive, e.g. sacred objects.” This quantifies what potentially creates a harmful situation in a simpler form.

Cultural appreciation doesn’t have an Oxford definition at present and is a bit harder to define. What seems to be the largest factor is knowledge. Understanding the choice behind the appearance, style, or fashion before donning it ourselves. Applying it to cultural standards and asking, “Am I honoring this culture, or simply imitating it?”

“Just about everything about a person’s identity could be learned by looking at the hair. What’s more, many believed that hair, given its close location to the skies, was the conduit for spiritual interaction with God.”

One of the questions continually posed in social media as of late is: “Can white women wear black hairstyles?” There are dozens of articles on either side of the fence, but as mentioned above, its best to begin by understanding the history behind these looks. Lori Tharps, who co-wrote the book Hair Story about the history of black hair says, “Just about everything about a person’s identity could be learned by looking at the hair. What’s more, many believed that hair, given its close location to the skies, was the conduit for spiritual interaction with God.”

The History Channel featured a list of iconic black hairstyles, tracing them back to ancient origins. For example, one of the earliest known recordings of dreadlocks was found in Hindu Vedic scriptures. “In its Indian origins, the ‘jaTaa,’ which means ‘wearing twisted locks of hair,’ was a hairstyle worn by many of the figures written about 2,500 years ago.” As for intricately braided styles, braids were commonly “used to signify marital status, age, religion, wealth, and rank within West African communities. Nigerian housewives in polygamous relationships created the style known as ‘kohin-sorogun, meaning ‘turn your back to the jealous rival wife.’ If a young girl was not of marrying age, she would have to shave her head a certain way.”

Next up, the Bantu knots. Bantu translates to “people” among numerous African languages. According to the South Africa History Organization, “Bantu” is a term used to describe 300 ethnic groups in South Africa that spoke the Bantu language. They’re also referred to as Zulu knots as they originated within the Zulu people of South Africa. It’s noted that when Bantu speaking people were found in the 16th century, they were wearing the knots.

Cornrows were named for their visual similarity to cornfields. Per History.com, “Africans wore these tight braids laid along the scalp as a representation of agriculture, order, and a civilized way of life. In the age of colonialism, slaves wore cornrows not only as an homage to where they had come from but also a practical way to wear one’s hair during long labored hours.”

Afros came about during the Civil Rights Movement of the 1960s and ‘70s. The natural hair movement encouraged black communities to accept their hair and turn away from damaging products. Sporting this hairstyle was its own form of activism and was seen as a statement of reclaiming roots.

Each new style that appeared after 1960—Jheri curls, shape-ups, fades—was met with pushback from corporations, government organizations (the U.S. Army, for example), and religious groups. But, as more states are taking the initiative to protect black employees who want to wear natural hairstyles in the workplace, black hairstyles are coming back into vogue. And they’re one of the hottest topics when it comes to cultural appropriation.

Those of us who are not of the BIPOC community: before we rock dreadlocks or consider cornrows, take a moment to ask yourself, “Am I doing this as a personal opportunity to interact with and experience another culture, or am I doing this for the photo I’ll post on Instagram later?”

Want to discuss the intersection of beauty and politics? Is there a hair artist we should feature? Do you just want advice on running your salon more profitably?

We want to hear from you. Ping us at blog@blvd.co or slide into our DMs.